Chiropractic medicine is a uniquely American form of medicine. Chiropractors train with a traditional four-year medical school curriculum, but instead of a focus on medications, the chiropractic student learns how to administer manual medicine with their hands. A chiropractor spends approximately 500 additional hours, above and beyond standard medical training studying anatomy, kinesiology, and hands-on treatment of the human body.

But there is a much more critical difference between chiropractors and medical physicians: traditional medical doctors treat disease and trauma with emphasis on reducing symptoms, whereas a chiropractor focuses on assisting the body’s fantastic self-healing ability. A chiropractor learns the philosophy of healing that sees a person as a complete organism and not merely a collection of diseases or symptoms to be dissected and drugged piece by piece. Our Fort Myers chiropractors understand that the body’s structure and function are intimately related and that to heal, a person must heal structure for function to improve.

Chiropractors are different from other doctors

Many people already know that chiropractic can help with back pain, neck pain, and other structural problems, but few realize that chiropractic is an elaborate healing modality that works directly with the nervous system and brain to treat many neurological problems. Chiropractic can lower blood pressure, reduce inflammation, and improve immune function. It can cure problems like esophageal reflux, bronchitis, colic in infants, constipation, asthma, ulcers, and migraine headaches.

Chiropractors do not prescribe medications, by choice, however they are still physicians and are licensed to diagnose and treat disease and injury. This makes them different than physical therapists (PT), massage therapists (LMT), and nurses (RN), who are valuable contributors to medicine but do not have the ability to diagnose.

Chiropractic treatment is known as an adjustment because the procedure adjusts the nervous system. The brain controls your body through a series of nerves, and when working correctly, the body functions and heals as it was designed to do. Nerves can get injured and then fail to communicate correct information to the brain, causing pain, and illness. Chiropractors call areas of the body where nerves are damaged Subluxations. Chiropractic adjustments correct Subluxations and allow the brain to communicate to the body, which increases health and function. Subluxations are caused by Physical Traumas, Chemical Toxins, and even Emotional Thoughts.

Most Subluxations happen in the spine where nerves exit between the bones; in this area, nerves can easily get injured by arthritis, herniated discs, and even strained muscles. Although rarer, Subluxations can also happen outside the spine in the peripheral nervous system, like Carpal Tunnel Syndrome or even in the brain itself as we see in cases of stroke. Chiropractic adjustments are performed in a variety of ways depending on the individual patient's history, some include using devices, and sometimes the Chiropractor will use their hands.

Your body communicates through nerves to the brain a specific frequency, that is between 5-10Hz. When you are injured the signal to the brain changes and overtime that part of the brain that controls the injured body part gets "smudged". This smudging begins the process of chronic pain as your brain stops trying to heal the damaged area and instead begins accepting the injury and tries to work around the problem.

The Arthrostim adjustment reconnects the damaged area to the brain at the specific frequency needed to promote healing. The treatment is safe, scientifically proven and feels great. At our clinic 90% of all our chiropractic treatments are given with the Arthrostim. When used correctly it creates long lasting changes and relief of pain. 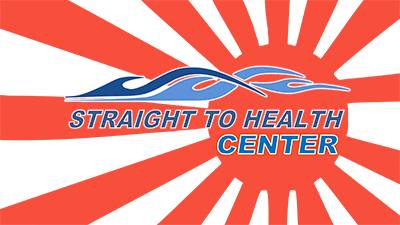